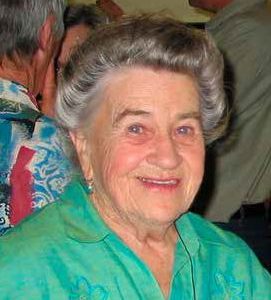 Lynette Living was born in Wangaratta, country Victoria, where her father was a solicitor. She later graduated from Melbourne University at a time when female students were a distinct minority. While working as a secondary teacher in 1944, she was converted under the preaching of John Ridley. After the war she studied at Melbourne Bible Institute (1946-7).

In 1950 Dr Kenneth Pike, WBT & SIL’s top linguist arrived from America to teach a three-month course to prospective missionaries. Lynette was one of those he introduced to the mysteries of phonemics, morphology and semantics, inspiring her to complete an Honours MA in Anthropology and Linguistics. Following her marriage to Bill Oates, a farmer, the couple spent 1952 in Oenpelli, Arnhem Land, studying the Gunwinggu language.

The Australian branch of Wycliffe & SIL was set up in 1954 and Bill and Lynette were commissioned to serve in the Philippines. After a time in Manila with SIL literacy education, they began language work with an aboriginal pygmy Negrito group called the Agta, in the northern Philippines. Using a mixture of mime, gesture, intuitive guesses and good rapport, they were able to compile an alphabet and a thousand-word vocabulary within months.

Despite the hardships Lynette could later write, ‘Looking back, it was to be the highlight of [our] lives’ work.’ Out of the blue, they were directed to the new Wycliffe & SIL work in Papua New Guinea, and in 1956-7 helped set up the base at Ukarumpa and begin village translation work in the area. Then it was back to Australia to set up the Wycliffe/SIL program of Bible translation into Aboriginal languages.

This new venture was encouraged by Billy Graham, who was in Australia in 1959 for a crusade, and soon Bill and Lynette were able to study the Kuku-Yalanji language in northern Queensland. In 1961 the Oates were the driving force behind the establishment of the new Australian Aborigines Branch of Wycliffe as well as the secular Australian Institute ofAboriginal Studies (AIAS), with Bill acting as linguistics consultant.

In 1966 Bill took leave of absence from Wycliffe to resume farming, causing Lynette to write: ‘I felt so out in the cold… a nobody away from the action’. After Bill’s death from a farming accident in 1968 his work A Revised Linguistic Survey of Australia was finished by Lynette. AIAS published it under their joint names, describing the book as ‘listing all indigenous languages known at the time and giving basic descriptions of most with references to research done and geographic location of each’.

During the seventies and eighties, Lynette took trips into remote areas ‘salvaging’ nearly extinct indigenous languages, and also returned to the classroom as an English teacher. Retirement was followed by challenges ranging from serving on the Wycliffe Board, to learning computing – and writing!
On top of her linguistic works, Lynette became a published author of six books, which were mainly biographical. She and Bill had four children, and they, the grandchildren which they produced, along with the innumerable friends which she had accumulated over the years, were a great source of blessing in her later years.