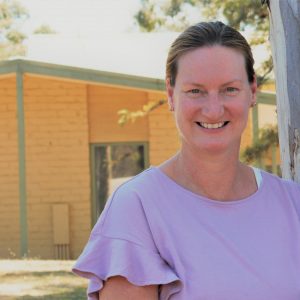 How an experience in Indonesia transformed Jenn’s understanding of what it means to love her neighbours as herself.

Most of the time, she’s the one organising travel and accommodation for other people. But this time around, it was Wycliffe Retreats Manager, Jenn Dobson’s turn to do the travelling. We caught up with Jenn to hear some of the highlights from her recent trip to Indonesia and the lasting impact the experiences have had on her life and faith.

Jenn: After meeting participants from Indonesia during the English Immersion course last year, I mentioned that I’d like to visit them one day. I wasn’t expecting it would be as early as six months later! I was also inspired to visit Papua after I had learned about a couple of translators whose stories greatly impacted me: Stan Dale, who was martyred by bow and arrow, and Don Richardson who wrote a book called Peace Child after his time ministering to the Sawi people group in Papua.

WT: What did the trip involve?

JD: The first week was personal holiday time, which I spent exploring the cities of Yogjakarta and Jakarta on the island of Java. The second week I travelled to the Maluku Islands, where I met one of the English Immersion participants and stayed with Pastor M* who was also here last year with English Immersion. I also met the local translation team and caught up with one of the families I studied the Partnership Development course with at the Wycliffe National Centre, Kangaroo Ground in 2015. It was lovely to see them again and see where they work and live.

My third and final week was in the province of Papua, staying with Belinda. Incidentally, we happened to be on the same flight to Papua. Belinda hadn’t planned to be on the same flight as me and we were seated next to each other on an almost empty plane. I think God had planned that. I also met the translation team in Papua and spent a day with Ike who was at the Wycliffe National Centre in 2014 with English Immersion.

WT: Name a few highlights from the trip

JD: Being able to visit some of the people groups in Papua where Stan Dale and Don Richardson ministered was a dream come true. There were many unique experiences there, including sleeping and eating in a traditional hut. I tried to imagine what it would have been like for them serving God in that environment.

But I think the occasion that impacted me the most was when we were visiting Pastor M. I was invited to attend a meeting between leaders from different religious groups in the community. This group of islands has experienced unrest among various groups since 1999. I must admit I had some terrible thoughts running through my mind as we drove 45 minutes out of town. But my fears dissipated as soon as we stepped into the meeting hall and I was warmly welcomed. Each leader spoke in turn. Although I couldn’t understand what they were saying, I was humbled to the point of tears by the love and mutual respect these leaders had for one another.

WT: What have you learnt about your own spiritual life after this experience?

JD: This trip certainly changed the way I approach people with beliefs that differ from my own. God created all people in his own image and desires that we should all know his great love. I have learned to be more patient and understanding as I love people from different backgrounds – because God first loved me.

While I got to witness the power of God’s Word being communicated in the local languages of people groups throughout Indonesia, I also witnessed the power of understanding and kindness being displayed by Christian leaders loving people from other faith backgrounds. Love may not be a spoken language but it is a language we are called to ‘speak’ as followers of Christ. We are called to love others because God first loved us. Hate produces fear but love produces faith.