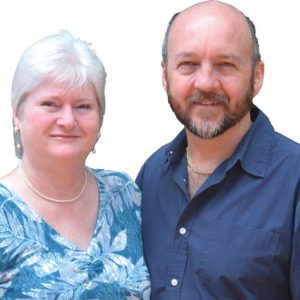 When Rohan and Rachael left the family farm in 1990 they felt they could go wherever God asked. They served in Christian camping before returning to Horsham and the Horsham Church of Christ. God challenged them regarding a position at Tree Tops Lodge Cairns, owned by Wycliffe Australia and Mission Aviation Fellowship. After joining Wycliffe Australia in December 2006 they started at Tree Tops in April 2007. During their seven and a half years there they served over 50 mission organisations, providing vital, affordable accommodation. They finished at Tree Tops in October 2014. After asking God to prompt an official invitation to another role in mission, preferably supporting Bible translation, they accepted roles at the Wycliffe Australia National Centre, in finance and accommodation/conferencing, starting in January 2015. Rohan is currently the Finance Office manager and Rachael moved to the Finance reception role in February 2017. They feel privileged to be part of the team at Kangaroo Ground.

No updates posted yet