Journeying with the diaspora 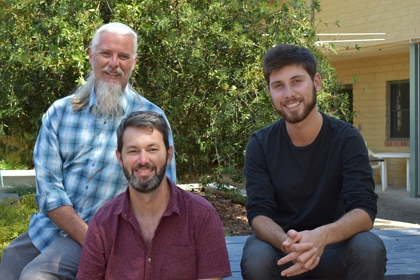 It all started with a simple WhatsApp message. Diana* contacted SIL Australia about wanting to connect with other Hazaragi speakers in Australia. Word soon reached SIL Australia Director, Graham Scott, and he met up with Diana and her family to discuss ways of caring for the needs of the Hazara community in Melbourne (the largest population of speakers outside of Iran, Pakistan and Afghanistan). Just two weeks later, SIL Australia was invited to attend a Persian New Year festival. The SILA team had a stall and a constant stream of people eager to chat about their language needs. There was also great interest generated in the Hazaragi language resources that were available, free of charge.

But what exactly are diaspora groups and why is it so important to reach them? The term ‘diaspora’ refers to a group of people who have left their indigenous homelands and are now scattered throughout the world. The term derives from the Greek words dia ‘across’ and speirein to ‘scatter’. Diaspora groups often share the same language or ethnicity, a strong, united community or a network of families or friends with a common ideology.

Graham says that many within diaspora groups are refugees who carry with them trauma from their original homelands and struggle to connect with their new surroundings:

With over 250 languages being spoken in the city of Melbourne, many of these diaspora groups are small and under-resourced. Urban spaces often pose a challenge for creating a sense of community so we want to be good neighbours by making diaspora groups feel welcomed and supported.

The team also says that even in the challenges of their new lives in Melbourne, diaspora communities have great resilience, are remarkably resourceful and determined to find new ways to live and make ends meet.

The Diasporas of Melbourne Project has been meeting with language groups to ask them how SIL Australia can support their goals of furthering language use, improving literacy, supporting educational programs, and a range of other activities that help to connect them with their communities.

For more information, or to support the project, go to https://www.sila.org.au/diaspora/ or connect with it on Facebook: https://www.facebook.com/profile.php?id=100075910085707