Prayer coordination: the bridge that connects 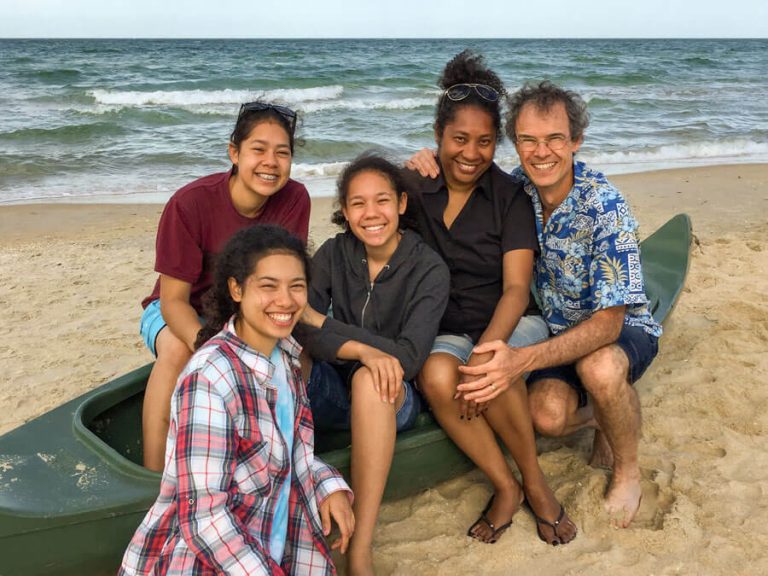 How do you feel about serving as Prayer Coordinators with WBTA?

We are thrilled to serve as Prayer Coordinators with Wycliffe Bible Translators Australia. Before we took on the role of coordinating prayer, we sensed that God was looking for targeted prayer for every language community that lacks access to the Bible. Without that prayer, we cannot hope to see a Bible translation project underway in every language that needs it (Wycliffe Global Alliance’s ‘Vision 2025’). The role of prayer coordination gives us the opportunity to encourage the informed prayer that we believe God is looking for.

How would you describe your role?

Coordinating prayer is a bit like a bridge—a bridge that connects prayer needs with ‘pray-ers’. At one end of the bridge, we are interviewing field workers and listening to others on the ground to understand the national and local needs and obstacles keeping people from knowing God (2 Corinthians 10:4–5).

At the other end of the bridge, we have the joy of praying with ordinary believers who serve an extraordinary God. At this end of the bridge, we encourage prayer for the work of Bible translation. We do this through Prayer Words, a regular Wycliffe Australia prayer update. We also collaborate with others to motivate prayer. We are supporting the Seed Company’s ‘Pray For Zero’ initiative—working towards the goal of zero language groups without access to Scripture in a language which they value. We are also partnering with other prayer groups such as Missions Interlink which is facilitating Prayer for the Nations.

So often in mission work and in life, we can feel overwhelmed by the task ahead. But our God is the God of the impossible. We are grateful to God for every praying believer who partners with us to support the Bible translation movement. Let’s continue to step into God’s abundance through prayer!

For someone who may be struggling to pray, what would you encourage them to try?

To receive prayer updates from Wycliffe Australia, go to https://wycliffe.org.au/pray/prayer-words/ or contact us.

Give us your fuel, Lord!

Imagine being separated from your family at the height of a natural disaster. Landslides have cut off access to major roads. There is no transport, electricity, food or clean water. What would you do?

For Budy, the decision was simple: pray to God and trust that he would provide, just as he had seen him do as a translation facilitator working in a remote location.

After he graduated from Bible college, Budy lived in a remote village as part of his mission training. He joined Kartidaya (a Wycliffe Global Alliance partner), married and started a family. Then in September 2018, Budy was faced with one of the biggest challenges of his ministry. While he was working in a village 85 kilometres from his home recording the Jesus Film, a massive 7.5 earthquake hit his home city in Central Sulawesi, Indonesia. The earthquake was followed by a three metre high tsunami, which brought mass destruction in its wake.

Budy prayed with the team. They felt they had to try and make it back to the city. The long journey started with a strenuous 24 hours of walking over mountains, through deep valleys and cutting through thick forests to make it to the main road. There they were told there was one motorbike they could hire and very little fuel. They prayed again and miraculously they were offered five motorbikes and just enough fuel was found to make the treacherous ride back.

The level of destruction shocked them. Buildings decimated, roads destroyed and ongoing tremors forcing people out of buildings and into the fields. No-one was untouched by the tragedy. For Budy, it was a great relief to know his wife and two children were safe.

An immediate evacuation of the city was ordered for women and children and the next morning a very full Hercules army plane departed for Makassa with Budy’s wife and children on board. Again they were separated with uncertainty all around them. An American friend offered Budy his car so he could drive to another airport to the north. ‘It doesn’t have much fuel left’, he warned.

Their journey would be 600 kilometres but they only had enough fuel to make it 200 kilometres. Budy prayed: ‘Give us your fuel, Lord!’ This was a very appropriate prayer, as the men were worn out and exhausted from their experiences. Every time they were about to run out of fuel, they came across a roadside stall selling just the amount of fuel they needed to make it to the next town. The remaining fuel was just enough to get them to the airport so Budy could fly to Makassa to be reunited with his family!

After such a harrowing experience, Budy was uncertain about returning to the area. Yet, after a few weeks had passed, he was confronted with the memory of something the people in the village had said to him: ‘Why would you leave us alone? You are our leader. You have come here to share your holy book with us. You must be together with us’. It was clear what he had to do. Once the earthquakes had settled, the family returned to continue the translation projects.

Budy wants to encourage you that, even when a situation looks bleak, you can trust that God will guide you through the storm:

When you follow Jesus, you must obey him. You cannot trust your own plans but you must trust in him. If he calls you, he will take care of you. It is not always easy but he will protect you. Always trust him.

Answers to a ‘utopian’ prayer 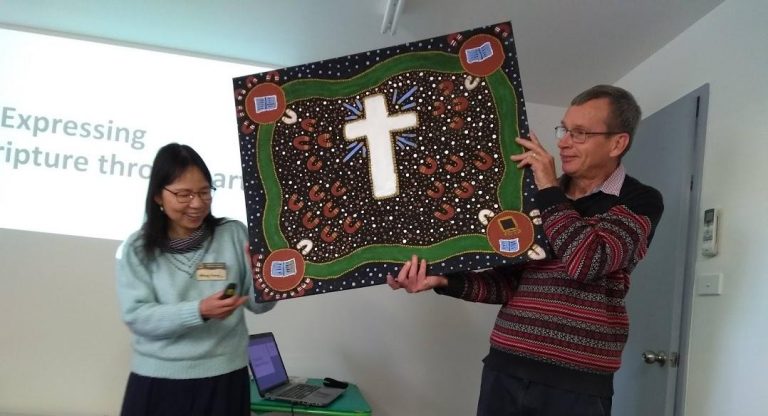 David and Ming Fang Strickland have been concerned about Anmatyerr translation projects, which seemed to be getting stalled. They have been praying for another Indigenous translator to help them with the work. At a recent pastors’ course in Arlparra (also known as Utopia) a number of Anmatyerr men were present.

One man in particular, Ricky, expressed a strong desire to learn to read and get trained as a church leader! He already has strong English reading skills, and is re-engaging with his grandmother’s language in the Mt Allan community. Perry is an older Anmatyerr man who has a strong calling from God to serve the people at Mount Allan.

A third man, Ken, is an Anmatyerr man living in Alice Springs, who is very articulate in English. David has started meeting regularly with Ken. They are able to discuss the Anmatyerr language in a way that is not normally possible, gaining fresh insights into the language and the meaning of words. This is helping David as he writes a grammar report for the language. All these developments are encouraging signs that God is stirring up new life in the Anmatyerr language group, which may lead to fresh excitement in the translation work.

I felt like I was treading water with not much translation happening. But I’m encouraged that new things have started to happen, and there seems to be hope for the future of this language project!