Wycliffe Australia is very proud of its members working in translation and Scripture engagement projects right here in Australia. In our own backyard, we have dozens of Australian Indigenous languages, many without adequate scriptures and many facing extinction. The opportunities for preserving Aboriginal languages and culture are huge and we are praying to the Lord of the harvest to send workers into these ripe fields. 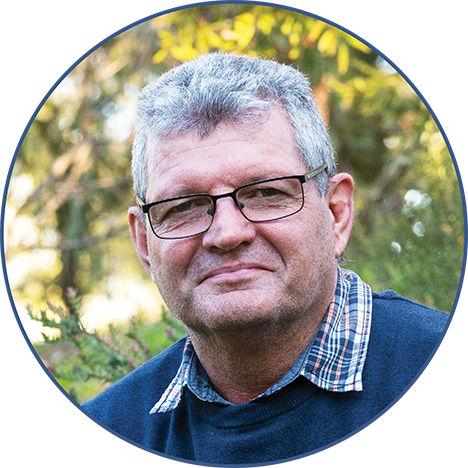 In this edition we rejoice with our partner AuSIL (Australian Society for Indigenous Languages) as they celebrate 60 years of working with Indigenous communities to record languages and give God’s Word to people in a way that speaks to their soul.

I was privileged to meet some of these committed people on a recent trip to Darwin and Alice Springs: Melody Kube and Kathy Dadd as they ran a translation workshop in Darwin, Lucy and Alan Rogers engaging Indigenous Christians through ethnoarts, David Blackman finishing the translation work in the Alyawarr language, and Ming Fang and David Strickland getting ready to dedicate the Anmatyerr mini Bible.

I am sure you will appreciate them all the more as you read their stories, always remembering that the Lord of the universe uses ordinary people just like you and me to do extraordinary things. 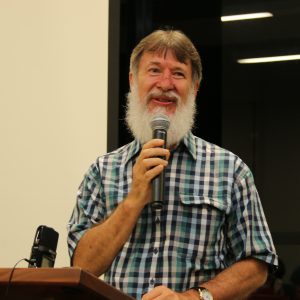 Alan Rogers is a storyteller. As the Director of the Australia Timor Group (formerly the Australian Society for Indigenous Languages or AuSIL), he connects with a range of different language groups in the Northern Territory and throughout the Top End. Aside from meeting with translation teams, providing guidance and support, Alan has a passion for seeing Indigenous people connect with Jesus’ story through God’s Word. As many First Nations people are from cultures that pass on stories orally, Alan and his wife Lucy have been helping them to record Scripture and worship songs in their own languages. Over 650 albums have been created so far. Some of the albums Alan has recorded have some incredible stories behind them.

Something that Alan and his team are passionate about is encouraging the use of Indigenous language in churches to help raise a new generation of gospel workers. There are 21 different translation programs in progress throughout Australia with ATG. Alan says that the best way to move forward with these projects is to train Indigenous translators in biblical studies:

We need to have more Aboriginal people trained in how to look for parallels in a Bible passage to help make explicit that which is implied—otherwise, the people are just listening to a story. Nungalinya College currently has 15 Indigenous students studying the new Diploma in Translation this year. I think this course will be instrumental in training Bible translators who can connect with Scripture on a level that non-Indigenous people would not be able to.

Greg Anderson, Anglican Bishop of the Northern Territory, agrees that ‘the best clergy we can have here are people who used to be Bible translators’. The full revised Kriol Bible (2019) involved Indigenous people with a heart for keeping their language, culture and faith alive for future generations. Alan shares, ‘If we can inspire a new generation of translators, we can achieve similar results in other languages.’