Tim and Jane Letcher have been serving in Epenarra, Central Australia, with their three young children. After marrying, they both attended Sydney Missionary and Bible College and started praying about how they could serve the Lord.

Tim developed a passion for Aboriginal ministry. He shares how his experience with Scripture engagement among Indigenous Australian communities continues to motivate him in the work God has laid on his heart:

I spent some time teaching at Fitzroy Crossing in the Kimberley (northern Western Australia). I saw many people having trouble engaging with Scripture – it was in English but not available in the languages that they understood best. So that’s been a huge motivator – helping people understand God’s Word as clearly as possible.

Tim has been working with some local speakers to record the first few chapters of 1 Samuel into Alyawarr. This Old Testament book, in particular, speaks to animistic cultures about learning to trust in God rather than other people, powers or spirits. It also demonstrates God’s desire for personal relationship and a change of heart, rather than something transactional. As Samuel says to King Saul, ‘What pleases the Lord more? Burnt offerings and sacrifices, or obeying the Lord?’ – 1 Samuel 15:22a (NIRV). Tim explains:

Many people here are quite nominal in their faith. They want to follow God as their ‘boss man’ but there is so much social pressure that pulls them away from church. They have trouble understanding grace. They think that they have to be these ‘perfect’ people in order to come back to God and learn more about him. We want to encourage them that God wants them to come to him just as they are.

Jane adds that they have been encouraged by the power of the gospel changing lives from the inside out:

Our neighbour became a Christian last year and it has totally transformed her life! She witnesses her faith wherever she goes. She told us that she was in a really bad spot when God reached her. She uses this to encourage people that the gospel actually does make a difference in people’s lives and it touches people at different times.

Jane shares how this experience, in addition to her own Bible reading, has reminded her to lean into God’s grace:

We are learning to implement safe boundaries with others and give the hard things over to God. Recently, a few really heavy things landed on me and I was feeling unsettled. I was buzzing around the kitchen to make things for those who were suffering and I was reading the story of Mary and Martha. Martha was concerned with urgent needs around her, yet Jesus said that only one thing was needed – to enjoy his presence. I realised that I also really just needed to sit at Jesus’ feet. When there is so much going on, it can feel like you’re wading through darkness. BUT our job is to sit at Jesus’ feet and encourage others to sit at his feet with us. 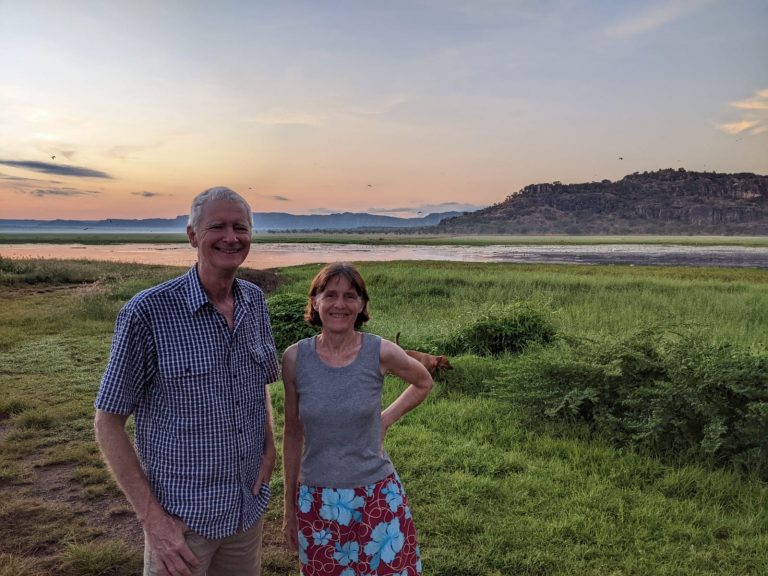 Ross and Lyndal Webb are Wycliffe Australia members who work with SIL Vanuatu. After many years in the country, they are currently working remotely from their home in Sydney. Their goal is to help the people of Vanuatu to read and understand God’s Word. Ross says he has learnt that honouring the culture of a language group is important – but no culture is without flaws in our fallen world. Without a clear understanding of how God’s Word applies to different contexts, churches and individuals risk creating an unhelpful mix of Christian doctrine with non-biblical beliefs. He shares:

It’s easy for people to grasp when [the Bible] says ‘don’t do this’ and ‘do that’ but it’s hard to help people operate via principles from Scripture. We try to show how the Bible applies to daily life. It’s good to celebrate the positive aspects of a culture but it’s not helpful when there are features of that culture fighting against biblical living. There are genuine Christians, and lots of churches, but the idea of faith challenging culture is often a bit hard for many people to take. It says in Ephesians 4:22 that there are parts that we need to ‘add on’ to our lives and view of God. It stands to reason, then, that unhelpful aspects of our cultures need to be cut off. The best way to do that is to look at what it says about godly living from God’s Word.

Ross says that superstition and sorcery are still commonly accepted in Vanuatu:

People often suspect others of being sorcerers. Many believe that sorcery of different sorts, or ill feelings against someone, have the power to make people sick. That’s why I put together a study on what God says about sorcery. We need people to understand why beliefs like these are not good or helpful to Christian life.

Lyndal explains how these issues are addressed when training local church and community leaders:

We try to establish a strong foundation in the training, asking questions like: ‘Why do we translate the Bible? Why do this hard work to read and understand it accurately? Why study topics such as sorcery and marriage?’ We’re trying to help people read the Bible in context. We want people to know the true God of the Bible rather than one that they may invent.

Ross adds that the training program is designed to help prepare the next generation of leaders in ni-Vanuatu translation:

SIL Vanuatu’s director is encouraging us to ‘train the trainers’ because our current trainers are getting older. SIL Vanuatu has taken on two ni-Vanuatu men as interns to learn various aspects of Bible translation and Scripture Engagement. We need more learners like these guys with a desire to not only share God’s Word but also be transformed by it.

The next training courses were originally planned for April and May but COVID-19 lockdowns put things on hold until borders open up again.

For more information about the training courses, go to https://wycliffe.org.au/projects/translator-training-vanuatu/ 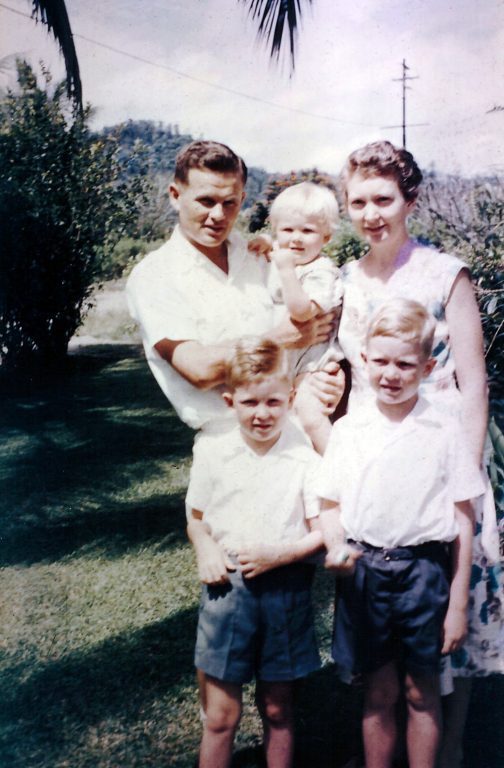